There is a tradition among English-language translators of Chinese poetry to translate all Chinese poems as unrhymed free-verse. This tradition goes back at least as far as Ezra Pound–whose “translations” bear little resemblance to their originals–and is very much alive and kicking. So much so that I am borrowing Nathan Sivin’s term, “The Great Taboo,” to describe it. As with the taboo Sivin was decrying, the punishments for breaking the Great Rhyming Taboo are so hideous that no one has dared to speculate what they might be, but neither has anyone dared to translate Chinese poetry in rhyming, metrical verse. This is particularly odd since a great deal of Chinese poetry does rhyme, has a specified number of syllables per line, and in many cases follow elaborate rules regarding other aspects of their construction. Even those genres of poetry that, on paper, look most like free-verse–such as the song-lyrics (ci 詞)–were written to accompany particular tunes that imposed strict constraints on the poem’s structure. Throughout its history Chinese elite poetry has thrived in a dynamic relationship to more popular styles of verse, and was always musical–as seen in the fact that the modern generic term for poetry, shige詩歌, includes the character ge歌, meaning “song.”

At any rate, here is my effort to break the Great Rhyming Taboo in a translation of one of Li Bai’s 李白 (701-762) best-loved poems. I have maintained his rhyme scheme, converted his five-syllable lines into five-foot lines, and when possible placed a pause in the English roughly where the caesura occurs in the Chinese.

Drinking Alone Beneath the Moon

Amidst the blooms, a lonely jug of wine,
A solitary draft, none here but me,
I raise my cup, a toast for the bright moon;
Together with my shadow, we make three.
The moon has never understood his cups;
My shadow is content to follow me.
But now I’ll take my shadow and the moon,
As drinking buddies—just in time for spring!
I sing: the moon just loiters, hesitant;
I dance: my shadow shakes and flails and sways.
Sober, we shared in each other’s joys;
Drunken, we must walk our separate ways.
Forever bound to roam beyond all cares,
Let’s meet again upon the Milky Way! 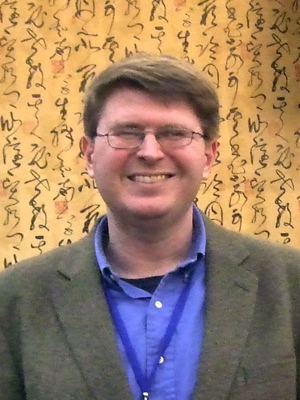 Stephen Boyanton writes fiction, poetry, essays, translations, and scholarship. As a scholar, he focuses on Chinese medical history. As a translator he translates Chinese historical medical, and literary works into English. As a writer of fiction and poetry, he produces stories and poems that speak to the full range of the human heart.